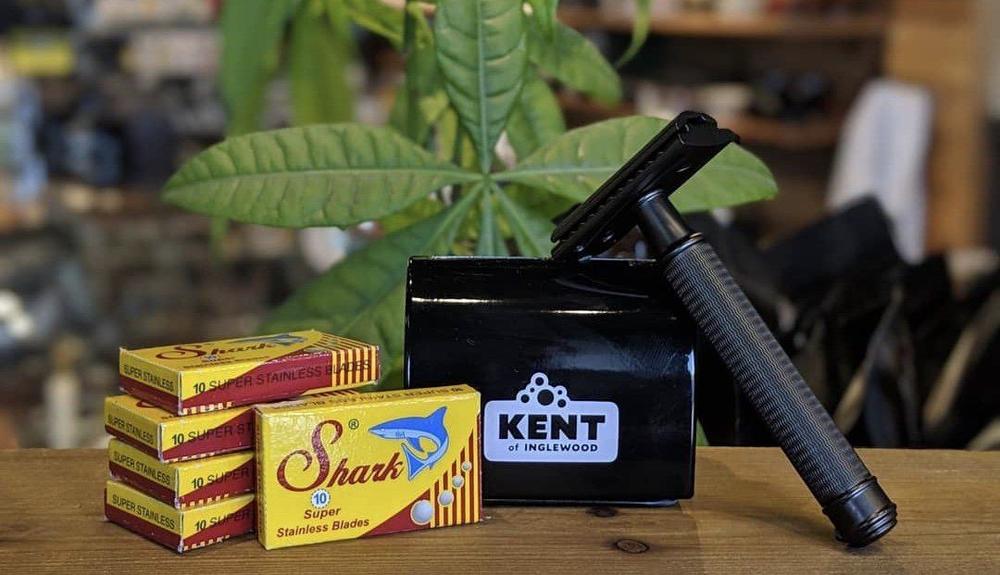 This article was originally published by Nathan Harley Gareau of Kent of Inglewood.

There are many reasons for folks to switch to shaving with a traditional safety razor: it’s more enjoyable, the results are better, it’s cooler, the list goes on. While I personally relate to all of those reasons, there are by far two much larger ones: classic shaving saves you a ton of money, and keeps a ton of plastic out of your trash.

The “Zero-Waste” movement is growing, and for good reason. We throw out tons of materials throughout our lives, going to landfills, and going elsewhere, like our oceans. We’re seeing the cumulative effects of this in our environment, wildlife, and on the tenuous future of our species. As something of a granola-hippie myself, I’ve been on my own mission to reduce waste. I don’t buy bottled water, I butcher and package my own meat, and I shave with a safety razor. Safety razors have been around since the early 1900’s but fell into relative obscurity for decades. Good marketing made us believe that plastic razors were a safer, easier choice, ignoring the massive waste they create. As consumers become more aware, we’re starting to realize just how much plastic, packaging and money we throw away when we use modern razors.

Many brands of safety razor come simply wrapped in cardboard and paper, which can easily be recycled. The handle itself is something you rarely, if ever, have to replace unless you choose to, and they are generally sold in minimal packaging. Many brands use very little plastic while others, such as Hoxton Shave Co., package their razor handles entirely in cardboard and paper.

When it comes to saving money, the motivation is obvious: we would all like to have more. The math is easy: compare the $1-6 dollars per blade of a modern cartridge razor to the $0.20-$1 cost of safety razors. Over a lifespan, that can be several thousands of dollars of difference. My old razor blades cost around $3 per blade. I shave 3 times a week, every week and I get an average of 5 shaves per blade. Sixty years worth of shaving would cost me $5,896.80 (including local sales tax, but not adjusting for inflation). By comparison, the Kent of Inglewood brand blades that I shave with will cost me $393.12. I would much rather put $5.5K into a house, a car, or a vacation than into the garbage.

The switch to traditional razors is much more simple than you might think. It can seem scary, using a super-sharp single blade, but it’s incredibly easy. With a little practice, safety razors can give you a closer, smoother shave with far less irritation than a multi-blade option. One blade going over your face is much nicer than multiples, especially for those of us withsensitive skin.It’s like getting all of the benefits of a straight-razor shave, with none of the hassle.

Those who shave legs and other bits can also reap the benefits of switching. While the safety razor was invented with faces in mind, it works just as well for any other part of the body. Many men forget that many women shave from a younger age, and have much more surface to shave.

All these benefits, and we haven’t even mentioned the other environmental benefits to switching to other classic shaving products. Many soaps come in recyclable packaging and last anywhere from 4 months to a year, so you throw away packaging less often. Compare this to canned shaving cream or even a lot of plastic-packed natural alternatives and the gains are clear. Plus, using a traditional brush and shaving soap exfoliates your skin and use ingredients that are far better for your body. By shaving the traditional way you can save money, throw away less, and have happier skin.