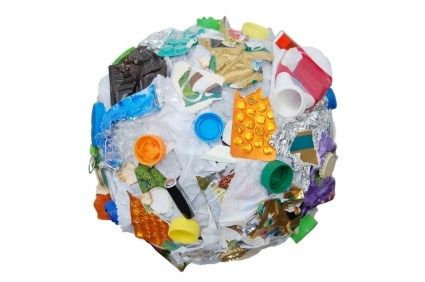 Welcome to 2018. It’s been an exciting year so far and we’re only 22 days in. The news has been flooded with exciting new developments – daunting to some – in our world. From import bans to bag bans to eye opening truths, January 2018 has proven itself to be a very stirring month.

In the wake of China’s new restrictions on the import of foreign waste, our idea of “normal” recycling and waste removal has been shaken. The general impression that our waste will ‘disappear’ when it hits the curb has been shattered. And the idea that recycling is the solution, offsetting how much we consume and waste we create, is no longer true. I don’t really think that many people realized the extent to which we depended on another country to take our trash. Calgary has been sending 100% of its mixed paper products and around 50% of mixed plastic products to China (read more here). These new restrictions imposed by China are a wake-up call for everyone. Change of habit and process is inevitable, and a must, across all functions in the supply chain: manufacturers, distributors, consumers, governing bodies, and waste management facilities. (click here for more timely news articles on the plastic topic)

In addition to China’s ban, Montreal is also making headlines with their own ban. They have become the first major Canadian city to step up and implement some sort of strategy to combat the plastic pollution epidemic. And even though the strategy of a bag ban is up for debate on its effectiveness, Montreal joins many other jurisdictions around the world in banning single-use plastic bags from distribution. Such jurisdicti

ons include France, Italy, South Africa, Eritrea, Rwanda, Somalia, Tanzania, Kenya, Uganda, Hawaii, California, Australia (excluding New South Wales), and even Alberta’s Regional Municipality of Wood Buffalo, home to Fort McMurray, just to name a few.
Many other cities and countries have implemented taxes on plastic bags and private organizations are stepping up with their own bans on bags and other single-use plastics.

Adding to this riveting January, in response to China’s actions, the European Union has just announced the launch of an effort to ensure that all packaging throughout Europe is reusable or recyclable by 2030. Their plans include proposals of a ban on micro-plastics, funding for extensive research on better degradable and recycle plastic, and even an EU-wide tax on plastic! The serious actions taken by this profound governing body should not be taken lightly, instead it should be taken as an indicator of the seriousness of this problem.

As you can see governments and companies around the world are not turning a blind eye to the plastic issue. There’s a lot being done around the world and in our community and as a plastic-free advocate it has been the most exciting month I could ever imagine.

With all this excitement and change happening, you may be thinking: “What can I do? I am only one person!” But… so is everyone else reading this!

Realizing that you, as one person can make a difference is the first step. You can then create change by taking a pledge against using single use plastic the items (for more info try the one-month challenge). Spread the word by sharing our site and news about plastic pollution with others. And join us by becoming a plastic-free volunteer. We have many new opportunities for you to get involved and engage in this global fight at a local level and at your own pace.

I’m looking forward to 2018 and all the changes coming our way.

I'm a passionate environmentalist at heart. Striving to create a difference in my community and in my home to make the world just a little bit better. View all posts by plasticfreeb